The National Oil Corporation contributes to raising the capabilities of firefighters in a number of Libyan municipalities.

Under the umbrella of sustainable development programs at the National Oil Corporation, the activities of the training course in the field of firefighting were launched on Sunday, May 22, 2022, in cooperation with Rosenbauer and Mercanta.

This course aims to contribute to the professional development and skills development of the participants in the firefighting operations in the strategic control of accidents and firefighting in case of emergency to raise the efficiency and capabilities of the human element.

More than 80 firefighters and vehicle drivers participate in this course that lasts for 4 weeks, under the supervision of an expert trainer.

The opening ceremony of the training course was attended by Brigadier Abdulaziz Al-Arfi, director of the branch of the National Safety Authority, Eastern region, and he thankfully presented a shield of honour to the chairman of the board of directors of the NOC, Mr. Mustafa Sanalla. Special thanks were extended to Mr. Mohammed Al-Jahani and Mr. Haitham Al-Manquoush.

The focus of the extensive training program was to fully exploit the capabilities of the modern ROSENBAUER Tank Fire Trucks TLF 5000 which are mounted on a MAN all-wheel drive chassis with a crew cabin for 6 firemen. The vehicle carries 4.500 l water plus 500 l of foam concentrate and is equipped with a combined normal/high-pressure pump NH35. The roof turret is remote controlled from inside the cabin and allows for combatting larger fires from a safe distance.

The vehicles are fully equipped with ancillary equipment and for the enhanced “top to toe” safety of the Firemen up-to-date ROSENBAUER Personal Protection Equipment has been delivered as well: helmets “Heros-Titan”, turnout-suits “FireMax 3”, slip-on boots “Austria” and gloves “SafeGrip 3”.

Mercanta is pleased to introduce the new members of our team...

Mercanta is pleased to introduce the new members of our team to our clients and partners.
Their international background will further enhance our customer service performance.


Mr. Bojan Mirkov:
This email address is being protected from spambots. You need JavaScript enabled to view it.

Graduated in the year 2000 in Computer Technology and Automation and has acquired since profound practical knowledge in the maintenance and repair of cars, trucks and special vehicles with 20 years of field experience in the Middle East.

Bojan is certified by Rosenbauer for the maintenance, service and repair of their full range of equipment (including ARFF vehicles of the Panther series, turntable ladders and aerial platforms) as well as for customer training in case of new deliveries. In addition, during at site visits Bojan can assess existing vehicles to identify any need of spare parts and to perform the repair job to avoid down-time.

Mrs. Jecelle Pacana
This email address is being protected from spambots. You need JavaScript enabled to view it.

Holds a grade in Science and Management Accounting from Xavier University, Philippines.
After 10 years working with a bank in the United Arab Emirates she moved to Austria and is now holding the position of a Sales Administrator to strengthen our Sales and Marketing Team. 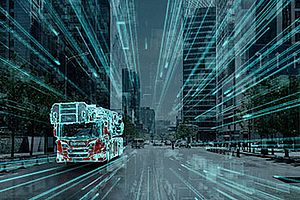 The dates for INTERSCHUTZ have been changed, with the event now taking place from 20 to 25 June 2022. The decision to reschedule the world's leading trade fair fire, rescue, civil protection and safety/security was taken by Deutsche Messe after a process of thorough deliberation and intensive discussion with key market players.

Unfortunately, the COVID-19 crisis still has a firm grip on all of us and does not yet allow us to hold trade fairs and major events safely at the present time. However, the safety and health of people is of course our top priority as a system provider in fire and disaster control. We are therefore in favor of postponing INTERSCHUTZ until 2022, because we all want nothing more than an INTERSCHUTZ as we know it: an unforgettable trade show experience and a meeting place for fire departments from all over the world, without compromising on the safety of our customers, visitors and guests.

We use cookies on our website. Some of them are essential for the operation of the site, while others help us to improve this site and the user experience (tracking cookies). You can decide for yourself whether you want to allow cookies or not. Please note that if you reject them, you may not be able to use all the functionalities of the site.